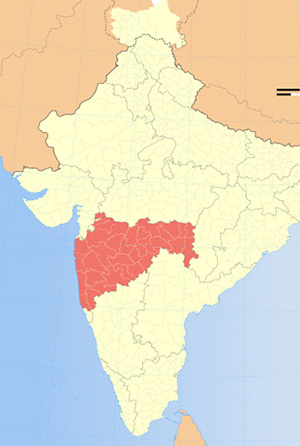 The proposed project activity is a wind power project of 10 MW installed capacity in the State of Maharashtra by M/s Deepak Fertilizers and Petrochemical Corporation Ltd. It consists of eight wind electricity generators (WEGs) of 1.25 MW capacity each. The electricity generation from this project will contribute to GHG reductions estimated at 14,313 tCO2e p.a. over its estimated life of 20 years. It will evacuate approximately 17 million kWh of renewable power annually to the power deficit of the Western Region Grid.

Purpose of the project activity

The main purpose of the project activity is to generate electrical energy through sustainable means thus contributing to climate change mitigation efforts. The Indian economy is highly dependent on coal as fuel to generate energy and for production processes.

Thermal power plants are the major consumers of coal in India and yet the basic electricity needs of a large section of population are not being met.

This results in excessive demands for electricity and places immense stress on the environment. Changing coal consumption patterns will require a multi-pronged strategy focusing on demand, reducing wastage of energy and the optimum use of Renewable Energy (RE) sources.

The proposed project activity has led to alleviation of poverty by establishing direct and indirect employment benefits accruing out of ancillary units for manufacturing towers, erection and maintenance of the WTGs and security services. The infrastructure in and around the project area has also improved due to project activity. This includes development of road network, increased accessibility to medical facilities and improvement in the quality of electricity in terms of its availability and frequency as the generated electricity is fed into a deficit grid.

The project activity has resulted in investment in the developing region which otherwise would not have happened in the absence of the project activity. The generated electricity is fed into the Western Regional Grid through local grid, thereby improving the grid frequency and availability of electricity to the local consumers (villagers and sub-urban habitants) which has provided new opportunities for industries and economic activities to be setup in the area thereby resulting in greater local employment, ultimately leading to overall development. The project activity also leads to diversification of the national energy supply, which is dominated by conventional fuel based generating units.

The project utilizes wind energy for generating electricity which otherwise would have been generated through alternate fuels (most likely - fossil fuel) based power plants, thereby contributing to the reduction in specific emissions (emissions of pollutant/unit of energy generated) including GHG emissions. As wind power projects produce no end products in the form of solid waste (e.g. ash), they address the problem of solid waste disposal encountered by most other sources of power. Being a renewable source, using wind energy to generate electricity contributes to resource conservation. Thus the project causes no negative impact on the surrounding environment contributing to environmental well-being. 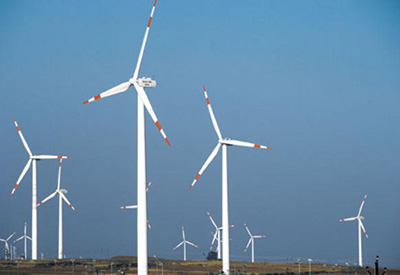 The project activity leads to the promotion of WEGs into the region, demonstrating the success of high capacity wind turbines, which feed the generated power into the nearest sub-station, thus increasing energy availability and improving quality of power under the service area of the substation. Hence, the project leads to technological well-being.